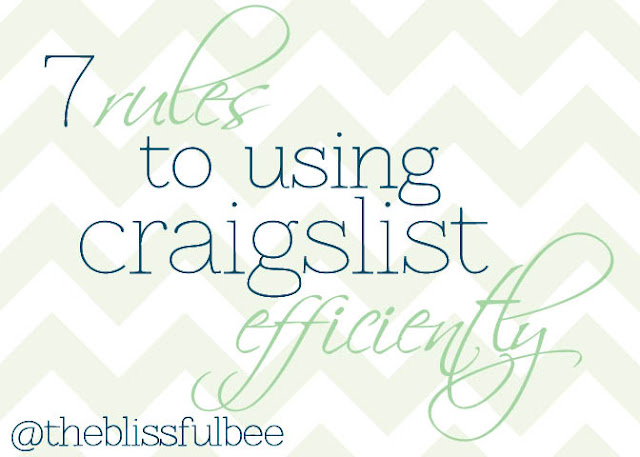 When your a gal who likes to change things up around the house as much as I do, then you will fully enjoy this post. It’s all about making drastic changes in a room without having to throw money down the drain. So here is the million dollar question! How do you re-design a room on a close to zero dollar budget? Well it’s easy my friends and here is my answer… Craigslist! Let me explain:)
I have always seemed to accumulate a ton of JUNK over the years. Most of it was {hand-me-downs} or furniture that my friends/family were going to throw away and I decided to take off their hands. Some of it ended up being used in our home, and some ended up in the garage. I kept all of these things because I’m thrifty and always thought I might use it for something one day. I’m also an avid shopper and tend to find really good deals on items. I’ll end up buying an item for super cheap and later not like it as much as I anticipated. Most of the time they are from vintage or antique stores so you can’t return them… which means they go to the garage!

Well it finally hit me that if I just sold all of these items that were just lying around, that I would have enough money to replace them with furniture pieces that I really loved. And what do ya know?? I was right!! That’s when it all changed… I discovered Craigslist!

Here are my 7rules to using Craigslist efficiently:

1. Replace an item by selling many unwanted items that are sitting around the house. By selling multiple items, you will be able to obtain enough money to buy the newer, nicer item basically for free!!

2. Sell just the item that you are about to replace. You might not make enough money to completely cover your cost of the new item, but your new purchase will be much cheaper than not selling it at all.

3. List items for a little more than you expect people to pay. Most everyone will try to haggle the price down, so you don’t want to price your items too low to begin with. And make sure to include good, clear pictures!!

4. CASH ONLY!!! I have gotten SO many calls from people who say they don‘t have cash now, but swear their checks will go through once they’ve been paid at work… Um… NO thank you! That is just too sketchy for me. After they tell me that, I basically tell them the item is no longer for sale. Also, make sure to watch out for SCAMS! There are a TON out there. If it sounds too good to be true, IT IS! Stray away from anyone who is asking you to ship your item. Local only!

5. Don‘t give them your address until you have made a deal and agreed upon a time for them to come over to your house. Only then will I give them my address. If you don’t trust the person on the phone, simply tell them the item already sold, or meet up with them at a secure location WITH a friend or spouse. If I don’t trust them, I typically just lie and tell them it’s already sold:)

6. If an item hasn’t sold for a few days or weeks, renew the post title with a {PRICE REDUCED} headline. People love to think they are getting a good deal, even if it’s just a five dollar drop in price!

7. And last but not least, if you are looking for some new furniture, shop for items on Craigslist that could potentially be re-done. Items on craigslist are SO much cheaper than antique stores because most of the time the seller has no idea the value in what they’re selling. For example, I bought a beautiful chair for ONLY $40 and transformed it for just about $40 more. A typically $400 chair was brought to life for just $80! 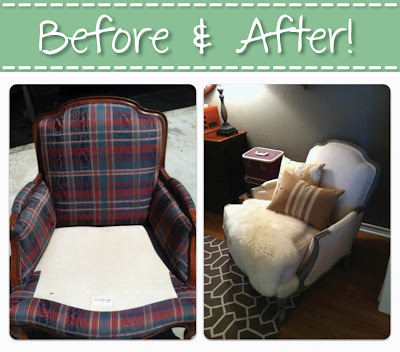 For a while, I never felt comfortable listing anything on Craigslist because I didn’t like strange people coming to my house or calling my phone. But as I began shopping for my new replacement furniture, I soon got over it! The key to keeping on budget was to shop for the item first.

Here is an example of one of my Craigslist successes:

When making over my formal living room, my two upholstered nail head chairs were one of my biggest purchases. 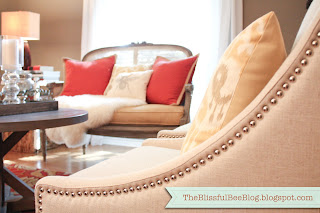 After I spotted the pair at Home Goods for $199 each, I knew I needed to sell $400 worth of my stuff that I no longer wanted or needed. Since these chairs were at Home Goods, I needed to buy them ASAP or they would be gone within a day or so. Over the next 3 weeks, I sifted through my house and began listing things on Craigslist.

The {Home Goods} chairs I bought were to replace 2 black chairs that sat in my formal living room. I never liked them, but they were passed down to me when I graduated college, and at the time they were just about all I had. 4 years later they still sat in my home and it was time for them to go! I ended up selling the pair for over $200 and was already a big step closer to my goal. I also had a ton of smaller furniture items, accessories, lamps, etc. that I had been meaning to sell for a while that brought me over my $400 mark. Most of the smaller pieces sold for just $20 or $30 a piece, so most people wouldn’t waste their time. But honestly, those little items eventually added up and made ALL the difference. 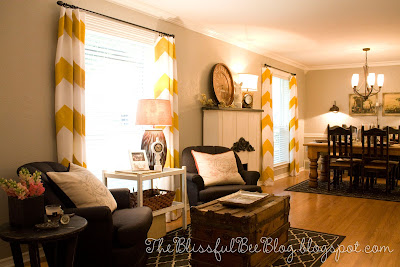 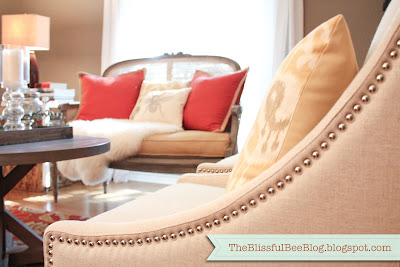 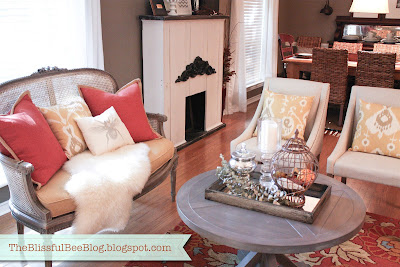 What a difference, right!?? The chairs were just one example of (of many) of my Craigslist successes. I basically used my 7 rules to transform my ENTIRE formal living/dining on a near zero dollar budget. By selling everything off and replacing them with new bargain finds, I was able to design a whole new room!!

15 Back to School Ideas